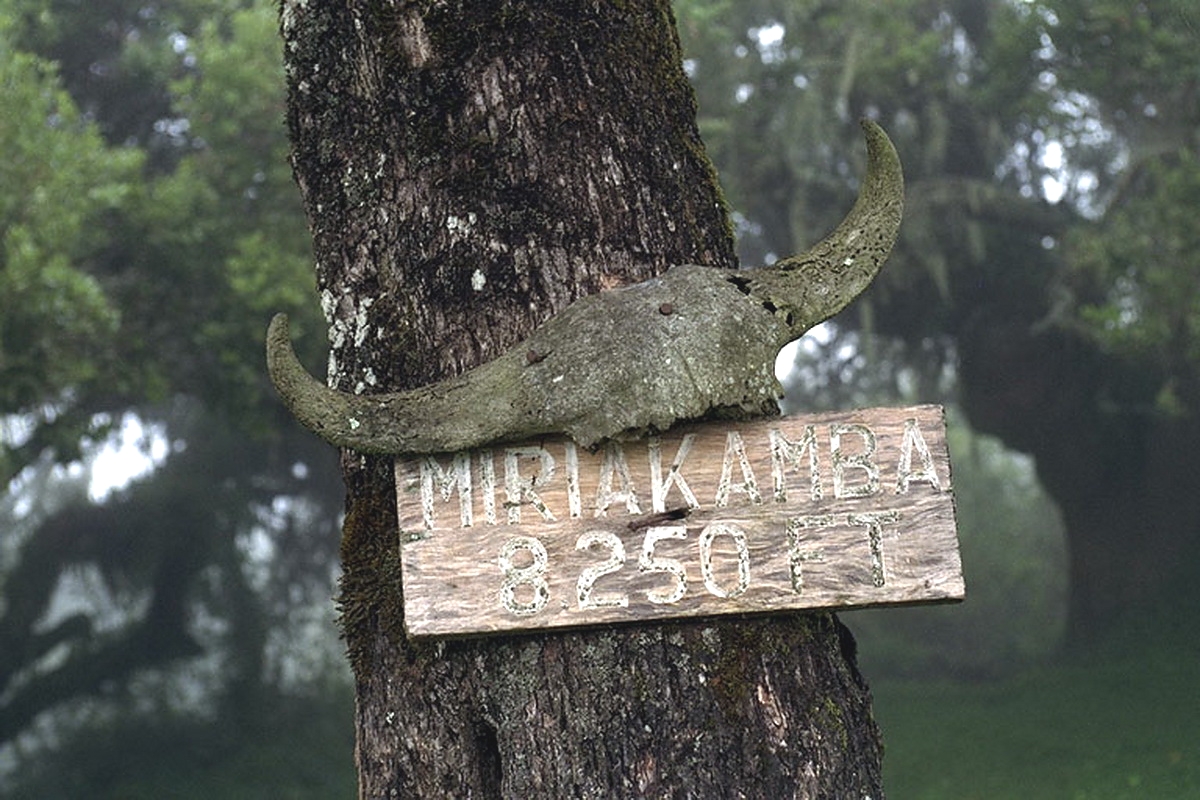 It can be conquered with a little bit hardship in three days. A four day ascent is however achieved with less hardship and this is highly recommended for a hiker who wants to attempt this mountain to the summit. If you plan to conquer the highest point of Africa-Uhuru Peak / Hans Mayer Peak, you may consider Mount Meru in order to shape your body in attaining your goal. The hiking is very exciting as you experience many things on your way up including games such as Giraffes, buffalos, warthogs, Zebras, Monkeys and birds.

Mt. Meru (4,566 m.) is the second highest mountain in Tanzania and a much underrated mountain to climb because of its close proximity to Kilimanjaro. It is a horseshoe-shaped volcanic crater with a spectacularly narrow ridge and superb all round views. The cliffs of the inner wall below the summit are over 1500 m. high, and inside the caldera is a subsidiary peak called the Ash Cone (3,670 m.) that last erupted only 100 years ago. There is an immense variety of tree and plant life, adding considerably to the interest of the trek.

Mt. Meru is part of Arusha National Park, and the lower slopes of the mountain shelter a variety of wildlife. The routes below Miriakamba Hut are more like walking safaris than mountain climbs and our guide is an informed and armed park ranger (in case we get too close to some of the animals!). You are almost certain to see buffaloes, warthogs, monkeys, and a variety of birdlife. Giraffe and elephant are also quite common.

Accommodation is in the two well maintained wooden huts that have spectacular views of Kilimanjaro rising above the clouds. The climb of Mt. Meru is very much justified on its own merits but is also a great way to get acclimatized for Kilimanjaro. The view of Kilimanjaro from Meru , and that of Meru crater itself, gives plenty of inspiration for another mountain climb!

Though often ignored in favour of its big sister, Kilimanjaro, Mount Meru is a worthy trekker’s paradise. This massive volcano towers over 3,000 meters above Arusha town, which lies at its foot on its south side. The mountain endured a violent explosion about 200 million years ago. In its wake the explosion left towering cliffs in a gaping U shaped ridge on the eastern side. Today the crater stands in a protected amphitheatre of a sort, thousands of feet below the summit rocks.

The craggy top lies at the western most point of the summit ridge and juts boldly into the sky at 4566 mt. (14,979 feet). From the top, one can look out at Kilimanjaro from the highest perch possible…. Perhaps there is no better vantage point to gaze at Africa’s highest mountain, approximately 80 kilometres to the northeast. The trail to the summit follows the northern rim of the natural amphitheatre which forms Meru Crater. The trail skirts the ridgeline, and above the Saddle (between the summit and Little Meru Peak (12,533 ft / 3,820 metres). The route is quite steep, with sections of rock scrambling on one side. At the summit, the cliffs drop almost 1200 meters to the crater floor.

What to do in Mt Meru

When to Climb Mt Meru