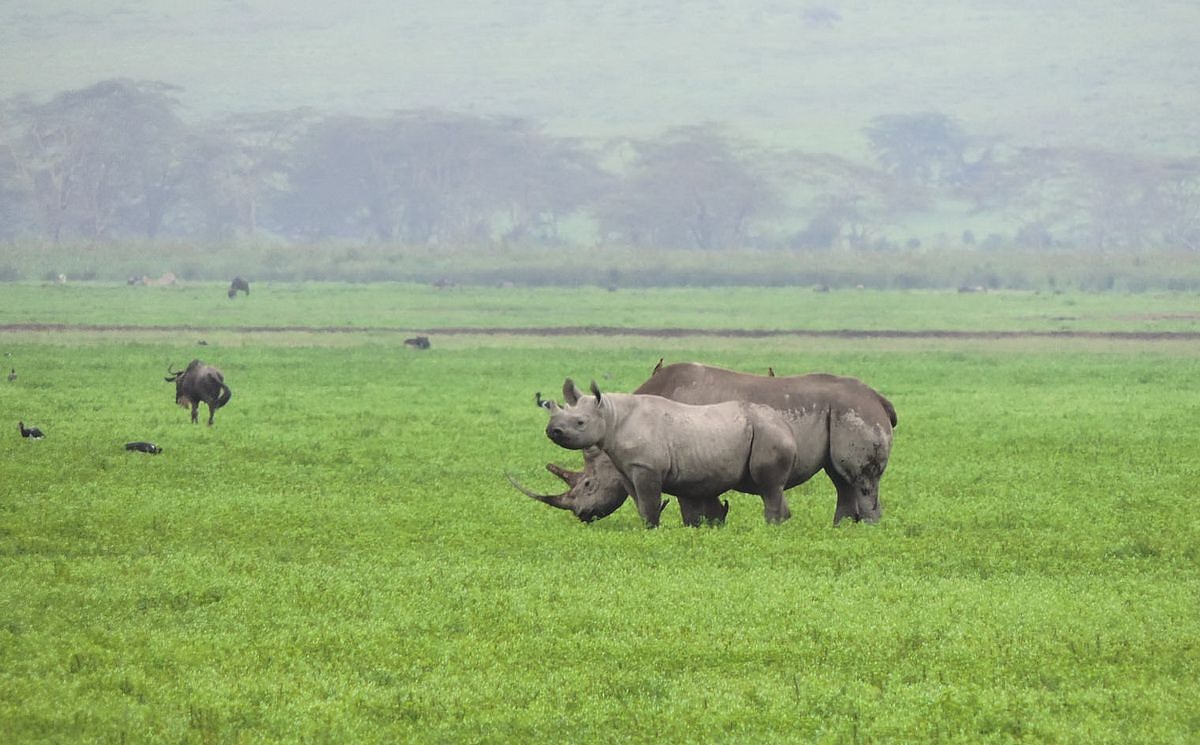 Lions in the Ngorongoro Crater

Day 1: Arusha – Tarangire National Park
After early breakfast start drive to Tarangire National Park for full day game drive- a game park with thousands of majestic baobab trees dotting the rolling countryside. It is also home to enormous herds of elephants and the highest number of recorded bird species for any habitat in the world. The Tarangire River runs through the land, providing a permanent water source, and along with it the promise of strong wildlife.
Dinner & Overnight at Kudu Lodge (FB).

Day 2: Tarangire to Ngorongoro Crater Crater
After early breakfast at 0600 while accompanied with lunch pack start drive to Ngorongoro crater, enjoy full day crater tour. See the enjoyment of the beautiful tour of Ngorongoro Crater. You come across unique attractions near this historical caldera where man and wildlife are living together without harming one another. You will be able to sport the big five i.e. Lion, Leopard, Elephant Rhino and Buffalo. You will also be able to encounter many species of birds due to Ngorongoro alkaline lakes. Later after having your lunch at the picnic site while enjoying game, Dinner and Overnight at Sunrise (FB).

Day 3: Ngorongoro - Arusha National Park.
after breakfast while accompanied with lunch pack start drive to Arusha National Park for half game drive. The park has an incredible variety of fauna and flora, which cannot fail to impress. Hollywood also chose this region to film the movie “Hatari” in which Hardy Kruger starred alongside the legendary John Wayne. Your day trip will include a visit to the Ngurdo Crater. Buffaloes, waterbucks, giraffes, warthogs, zebras and baboons can be seen all year round as well as many different bird species. At the Momella Gate, an armed ranger will be waiting for
you to accompany you on your walking safari that will give you the chance to experience the wildlife up-close. Only a few other national parks in Tanzania give you such an opportunity and it is something that should not be missed. Lunch will be taken at a picnic place and then we will take you back to Arusha.